And if they fire you because your work and residency permit have expired?

There is not regulation about it, but there is a sentence from the Supreme Court in favour of workers’ rights. Sentences of this cour set the law, that means, that they become “they become to be the norm” and all of the judges must apply this norm: if the documents of a migrant workerare out of date, it isn’t a reason for them to be fired.

As we have already said, the labour legislation protects all workers and the reason for their being fired, as has been established by the sentencing, it can’t be something that escapes the control of the person who is a worker; that means, , it isn’t due to something that they have or haven’t done.

You can join the labour union without any problem. No one has the right to ask us for your information and much less the police, but the most important is that they are secret and they they won’t be given to anyone at all. Equally, no consultation that you make or any information that you give us, not about your situation nor about your relation with your employer, will leave the labour union. And that doesn’t affect just the people who advise you, but everyone who is affiliated with us who make up a community in which we all take care of us mutually. 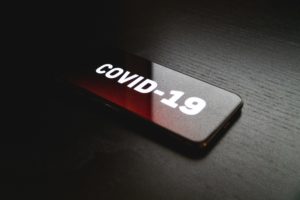